Please Go Kiss Your Spouse While You Still Can! Sincerely, A Young Widow

Some friends of mine have just celebrated their 7th Wedding Anniversary. Every time I see their beautiful wedding photo come across my newsfeed it feels like a punch to the gut. I’ve had many of my friends celebrate anniversaries, get engaged and even get married this year and it hasn’t affected me this way.

But this is a 7th Anniversary.

I lost Jon 28 days after we celebrated our 7th. 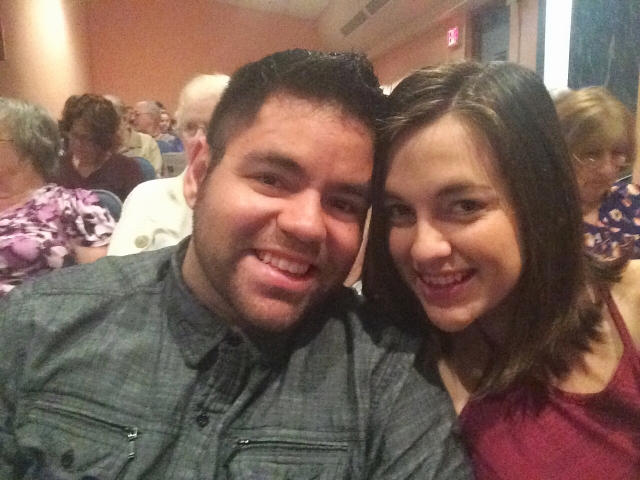 Our last selfie taken around our anniversary. We went to see the King and I to support a couple of our friends who were in the show.

Our 7th Anniversary is my biggest regret. See, I didn’t realize it then. But I’m pretty sure Jon had a minor heart attack that night. We were at Carrabba’s and Jon suddenly didn’t feel well. He excused himself and went to the restroom. He had done this more than once before so I…

1 Response to Please Go Kiss Your Spouse While You Still Can! Sincerely, A Young Widow